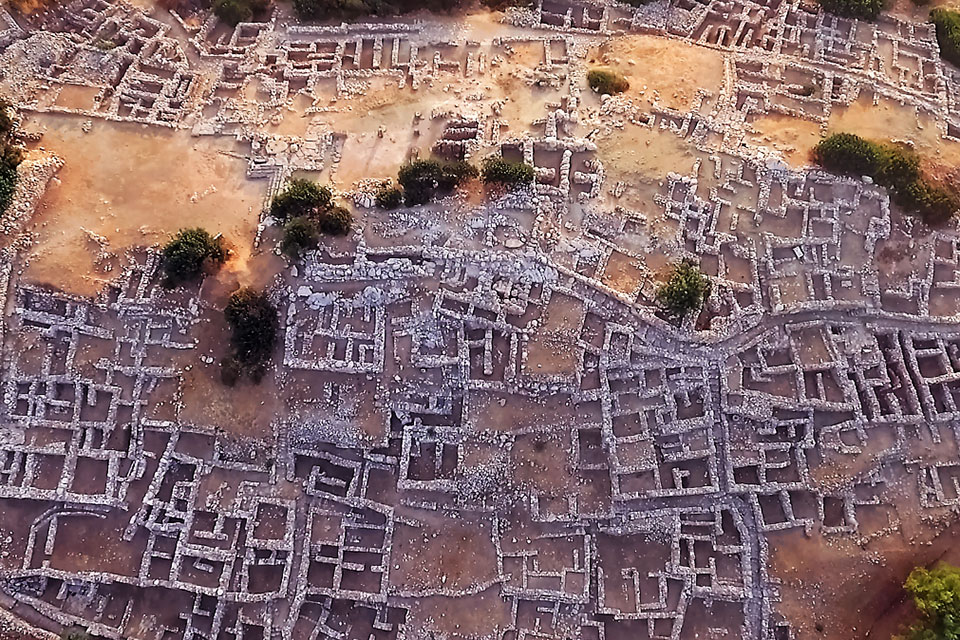 Gournia-its ancient name is unknown- is the most typical excavated example of a medium settlement size of the Minoan edge region (1700-1540 BC).
The town was established in a low hill to Isthmus of Ierapetra close to the sea. Two regional paved roads intersected by slashes to them, usually graduated, all connected to the sewerage system, define building blocks, seven of which have already been excavated.

The palace – local lord’s home – is in the top of the hill. It was its center and most probably the settlement’s market. A series of steps in the southern side was its “theatrical place” for religious ceremonial events.