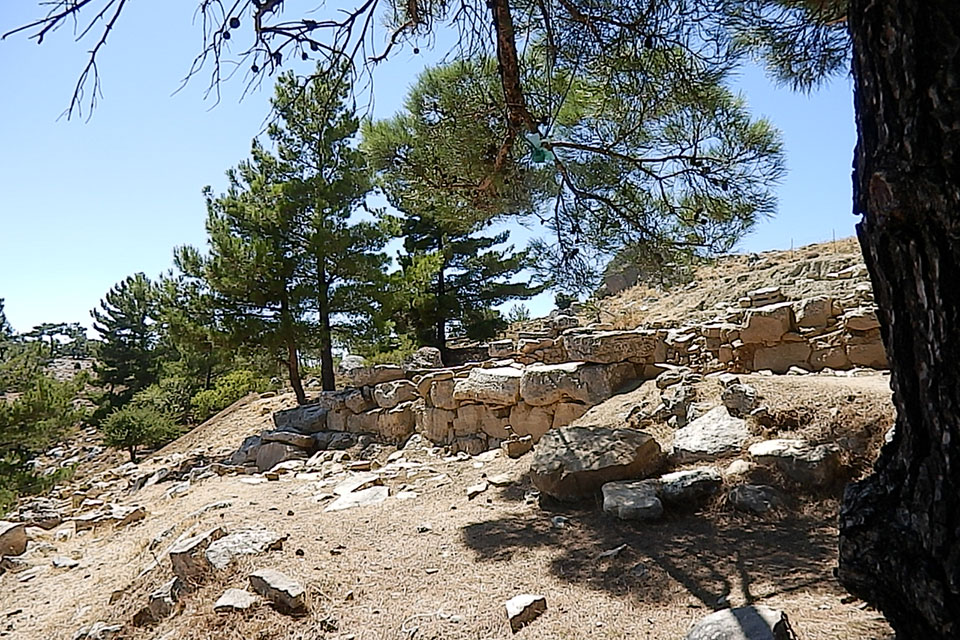 The Minoan building in Gaidourofas East was identified in 1898 by Arthur Evans. Recent excavations brought to light a well-preserved and impressive building dating to the Late Minoan period (1600-1450 BC).
It is a two-floor construction with impressive façade with megalithic style and walls that have survived almost in 2m height. From the rooms that have been excavated until today it is particularly referred to warehouse full of jars, just like a crypt pillars, typical Minoan cult architecture.

The size and construction of the building permit the conclusion that it was administrative and an economical area center, while its position to southern slopes of Dikti at an attitude of 900 meters, obviously aimed at the economic exploitation of the mountainous landscape to livestock products, honey, resin and lumber.