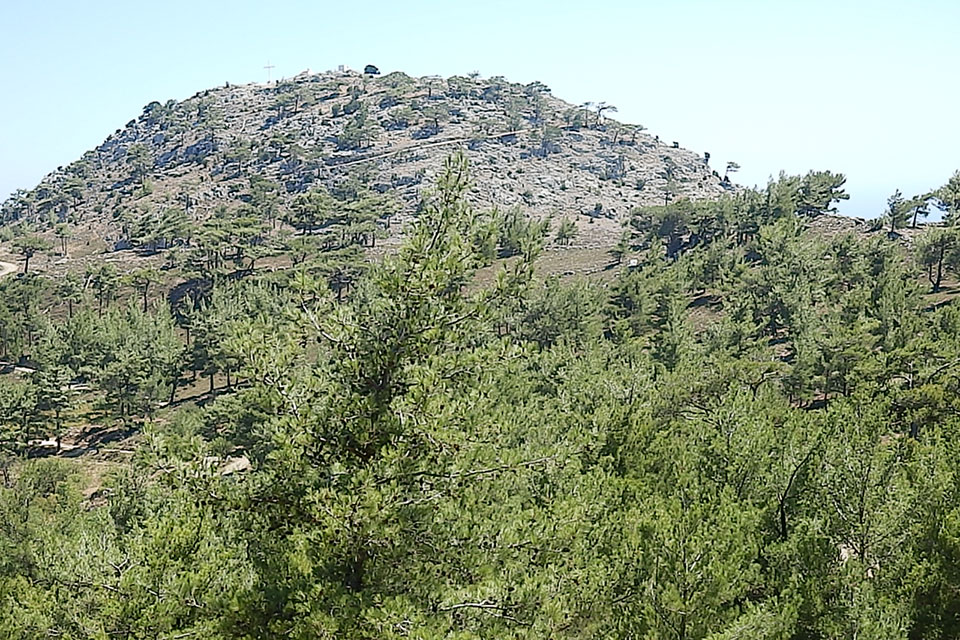 In rocky hill Stavromenos an important peak sanctuary was established during the Minoan era. The superb location allows the supervisory control both northern Cretan and the South to the Libyan Sea, while in the immediate environment also stands the Minoan Gaidourofas building. As indicated by various offerings found in the area, the worship in this position continued until Roman times.

During the Middle Minoan period (2100-1700 BC) was particularly endearing the exercise of public worshipness in the countryside and particularly in top peaks of mountains. Here was used for inhabitants to gather to the surrounding villages in order to lay their votive like clay figurines of men, women and animals.