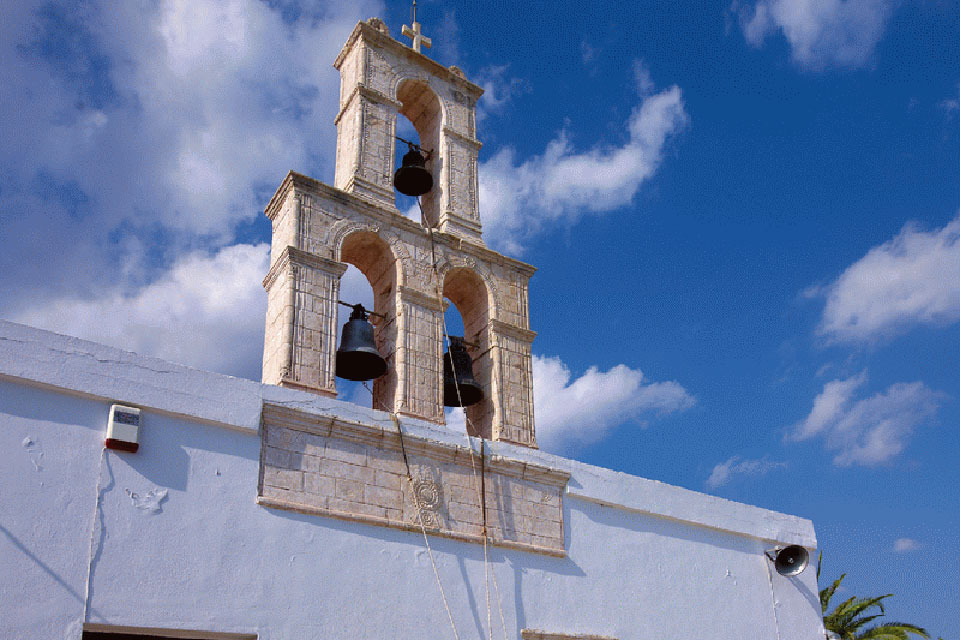 Village center of former Municipality Mournion along with the villages of Gdochia, Kato and Pano Simi, Myths, Myrtos, Root settlements Nut and Mino. Beautiful, historic, picturesque traditional village, with the old faucet, narrow streets that bisect the main street of the village. Probably took its name from the Mulberry tree although not abundant in the region.

The current settlement of Mournion maybe not betray its old glamour though all years of rebellions against the Turks was a great revolutionary and administrative center of Eastern Province of Viannos where fell until 1929.
In the local district of the municipality of Ierapetra Mournion belongs the abandoned settlement of today On Symi, North-West of the village at an altitude of 900 m, on the border with the Prefecture of Heraklion. The largest kome, summer seat of the municipality of Mournion numbered 527 inhabitants in 1583.
Fortified position, wonderful landscape. The old manor houses, quaint churches, coffee shops with friendly and hospitable inhabitants and guests, creating a picturesque, traditional Cretan environment in mournies Ierapetra.