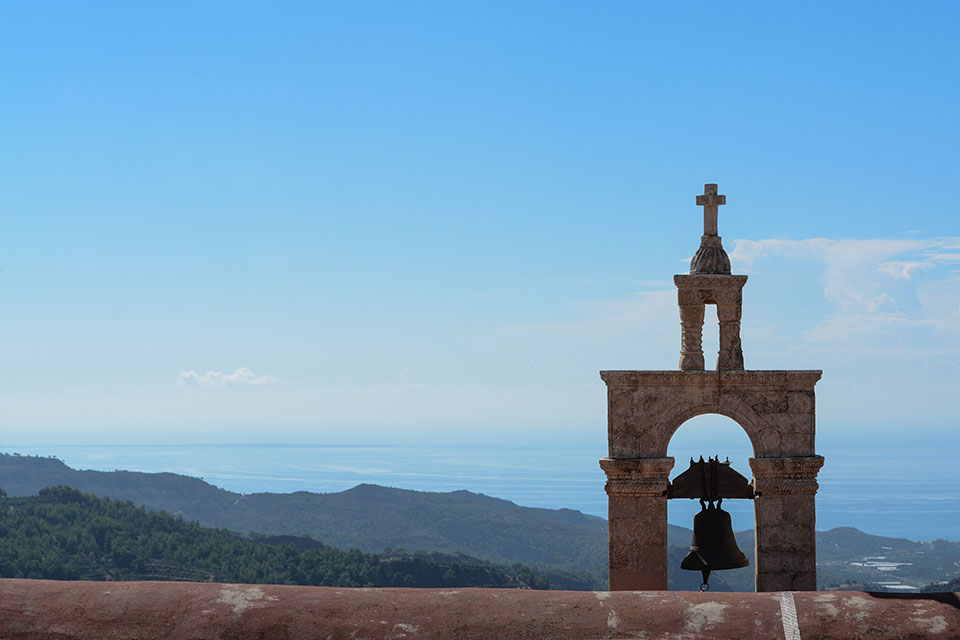 Mountain village traditional and green, built centuries ago at steep slopes of the Dikti, with the mountain landscape is breathtaking, the forest of Selakanoy jewel, and two rivers to flow on the side of Christos is a place of AWE, peace and tranquility.

According to local legends in the eleventh century AD, the first inhabitants of Christ observed impressed a light shining in the evenings at a specific point of the mountain, and after searched, found among bushes a picture of Christ. Since then decided to colonize the area giving the current name. In the modern period of acne, the 50s Christ arrived in population around the 700 residents, but now, as in most villages in the area, residents progressively downloaded in the lowlands soils due to growing of early vegetables.

The picturesque alleys and cobbled streets inside the village that remain unaltered in time reveal the history of the village, while the chapel of Agia Paraskevi a bit out from the village with a beautiful square, abundant water and trees, but the tavern operates there year-round is one of the most beautiful places of the village.

The Church of the Transfiguration in the South of the village of 18th century founded in earlier Byzantine Chapel
The tour through the landscapes of Christ is breathtaking. The cliffs, canyons, the skistra, the huge rocks, karstic landscapes reflect the violent transformations of the geological formation of the Cretan landscape.
In local district Christ belongs and the Selakanoy plateau.

A fairytale beauty Valley with the largest contiguous pine forest of Crete. With the Church of Sint Eustatius and the Panagia Selakaniwtissa. With luxurious stone villas of residents who invest there and holiday all summer. Famous is the Selakanoy Gorge and the routes to the peaks, Master Sword and Lazarus of Dikti. The settlement of Christ, the surroundings, the plateau of Selakanoy present wonderful walking interesting for anyone who wants to escape from the urban life. Also beauty is the old pathway that connects the Selakano with Metaxochori.