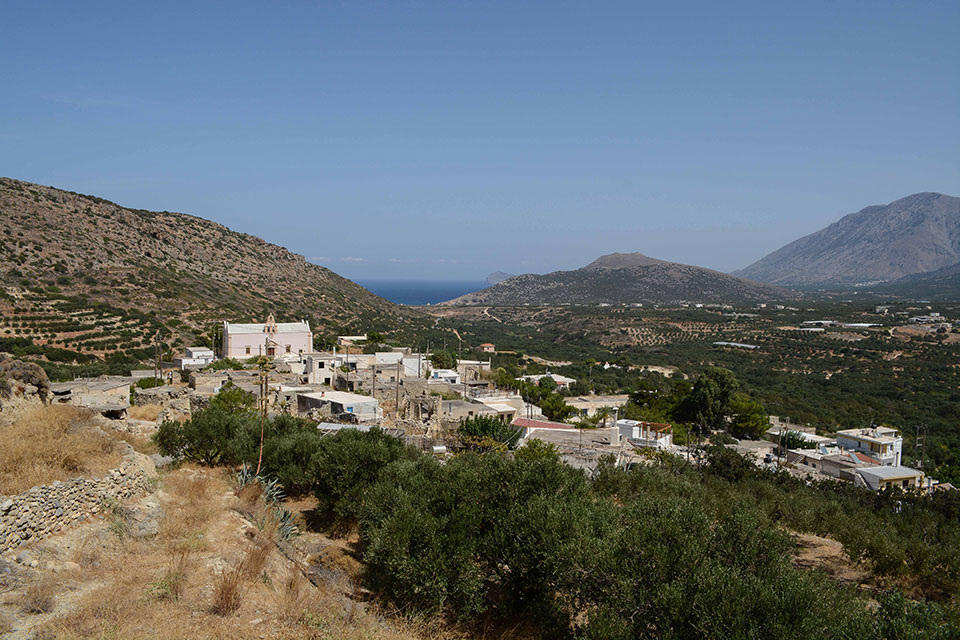 At the narrowest point of Crete between Ierapetra and Agios Nikolaos, is the Royal Village with its famous cafés and the small square with the pond full of goldfish.

With fantastic views of the Ierapetra and built just three kilometers long from there, lies the village of Baϊnias. As in 1932 of the name was Gianintsi, probably due to the strong influence of a Russian settler with rich charities, but it was found to be Turkish and so the residents decided to change, choosing the name because it was Kato Zakros near the settlement with characteristic of many churches. 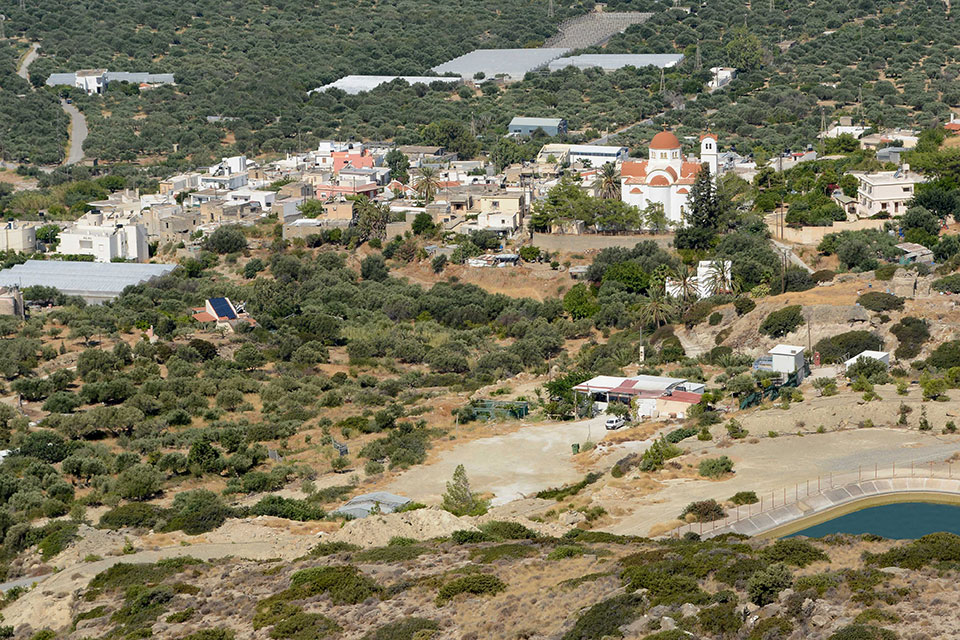 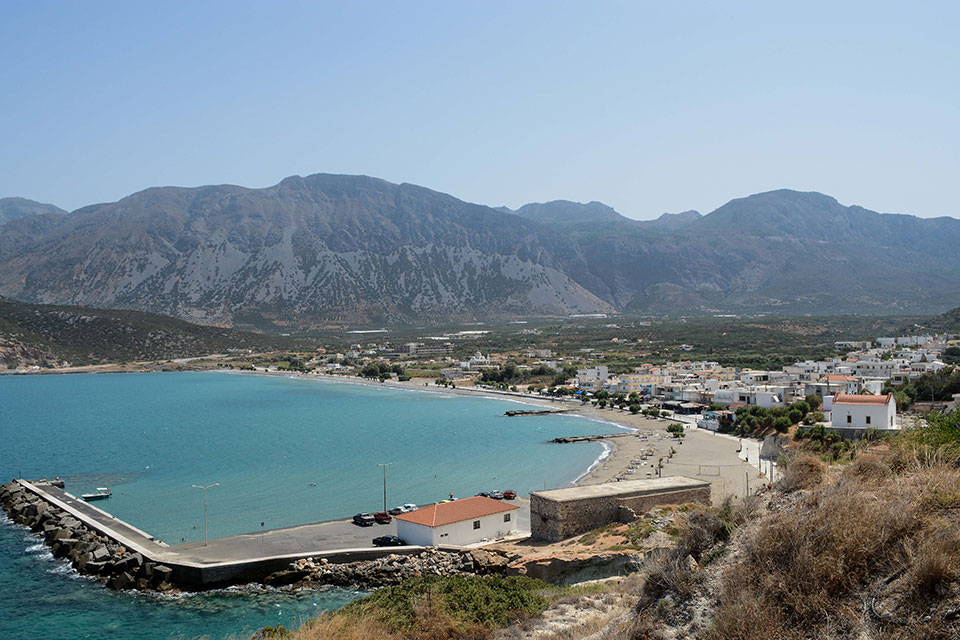 Overlooking the Bay of Mirabello and on the crossroads between the three major towns of the County, is located in the seaside village of Pachia Ammos. Characteristic are the many taverns on the beach and of course the great importance of Minoan settlement of Gournia is located under. The population of the village is 574 inhabitants (census 2011), 162 inhabitants (census of 1928, [first recording) the blonde bimbo sand that stretches in a large seafront responsible apparently for the name with the first report is the 1630 but without recorded the village. He created several later, in the early 20th century and evolved very quickly, with a small tourist facilities and of course the famous fish taverns.

1 km over the upper Village, built amphitheatrically with spectacular views. 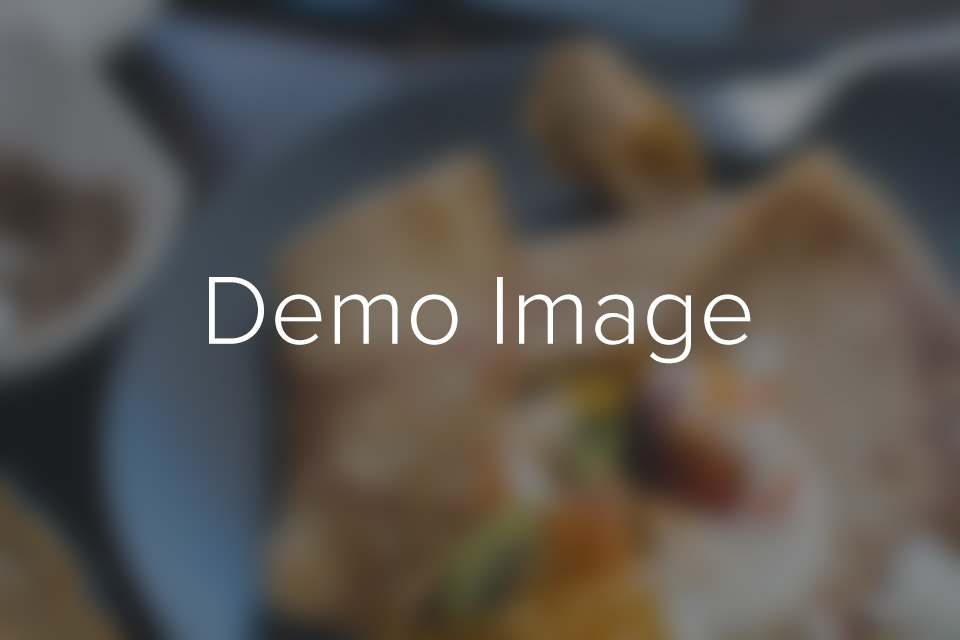 1 km from the Kato chorio, the birthplace of the poet-writer Nikos Strataki. 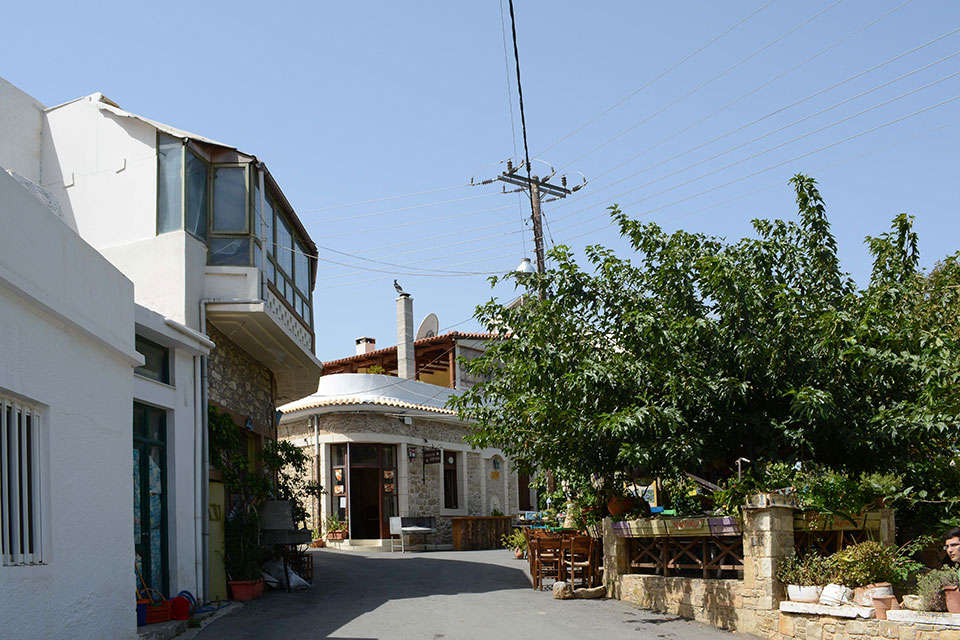