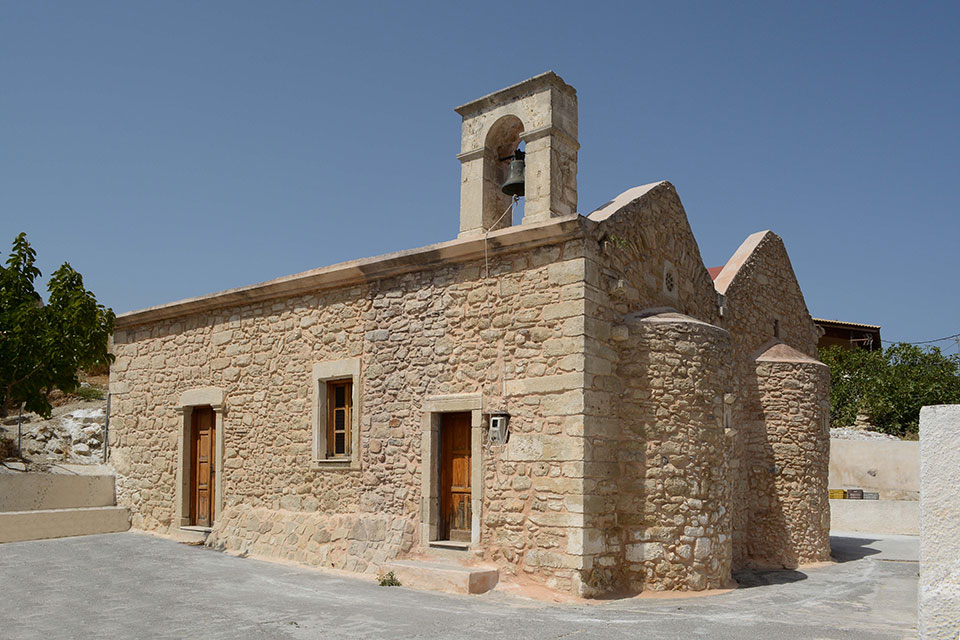 7th km from ierapetra and toward the path of Pachia Ammos inside the road lies the village Episkopi.

There the seat of Bishop (Episkopos in Greek) , and took the name, and therein lies one of the most special temples in the whole of Crete. Built in the 11th century, probably by Nicephorus Phocas, the Byzantine Church of Agios Georgios Charalambous, is a religious, historic, but also architectural monument of rare beauty.

The murals inside have not survived but the ornate colorful wooden temple with two dragons on the edges, impresses.
Episkopi, has been inhabited for thousands of years, and is a place of great archaeological finds, which are exhibited in the archaeological collection of Ierapetra. The famous sarcophagus, with its impressive decoration is one of the most important and best preserved ruins of the Mycenaean era.

The Tower ' Koules ', built in 1868 by Hussein Pasha Ayni.
The Church of Panagia Eftatroylis in the Centre of the village, a large domed Basilica, built in 1900 with hewn stone.
The Church of Agios Georgios and Agios Charalambos Church, two Aisled Byzantine church dating back to the 11th century, is built with stones River and the gaps between them filled with shells and pieces of bricks.
The village square, beneath the rich shade trees, where one can taste amazing delicacies with raki.