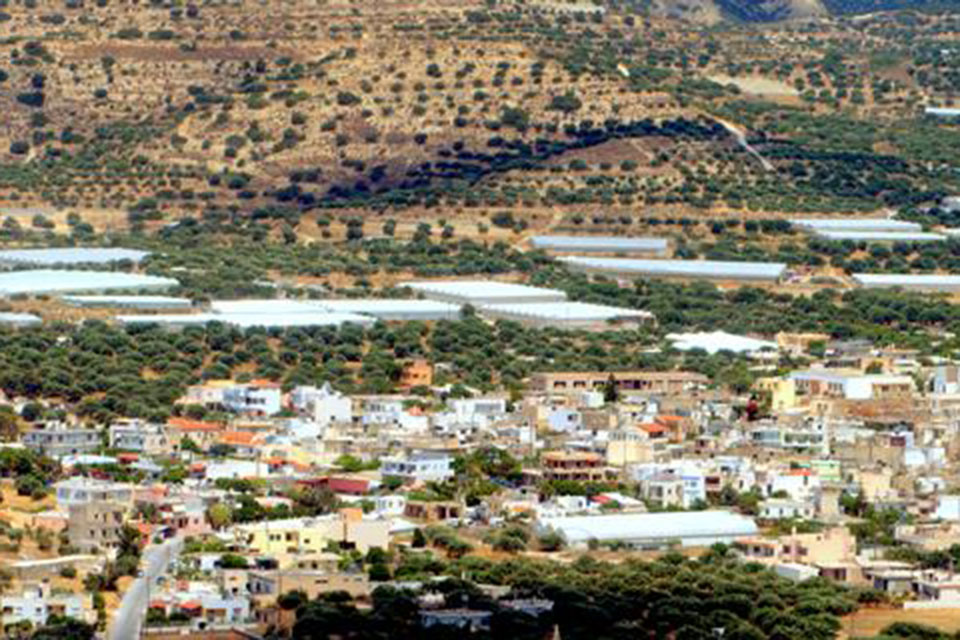 Kentri is a village in the municipality of Ierapetra. It is built amphitheatrically on a hill 50m height from the surface of the sea, in the Centre of the Plains of ierapetra and is 3 km from the city.

Kentri is one of the four largest pottery centres in Crete of the last 100 years. It was the famous village of stamnadwn. Until the mid-20th century have worked twenty or so pottery shops, which employed almost half of all families in the village. In the period 1950-1970 there was a bloom of pottery production. In the 1970s, the potters have left their work, due to the appearance of cheap and aluminum or plastic utensils.

Today the profession of the Potter has disappeared and the pitchers no longer belong in kentriana history. The inhabitants engaged in agriculture and especially in greenhouse crops. The village maintains its narrow roads and although it has been renovated with the rebuilding of many new homes, there is the feeling of the old picturesque village with its small square, coffeeshops and asbestomenes neighborhoods.

The visitor can walk the streets, visit the small churches of the previous century, to drink his coffee or raki with delicious homemade snacks in the coffee shops of the square, to participate in festivals of Agia Triada, Agia Paraskevi, even to visit the village's elementary school built in 1929 at the top of the Hill , in "Kale", as it is called. The view from there is impressive. View panoramic kampos of ierapetra in the villages, in the South, the town of ierapetra and in depth the vastness of the Libyan Sea that crashes from the beautiful touch of the island of Chrissi.

In the West the Church of Agios Dimitrios where around there until early last century survived the lepers of Lasithi, before transferred to Spinalonga. The Cultural Association of the village, which for years now has been active with the aim of promoting culture and beautification of the village, has set a new target viewing but also the revival of pottery tradition of Kentri