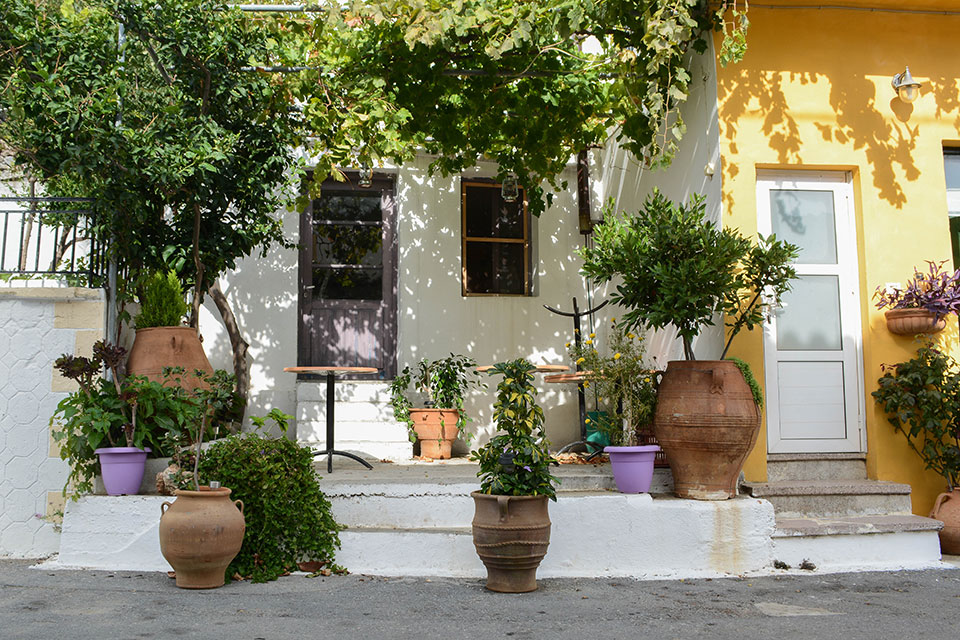 Pine and stone make up the unique scenery found in the historic Mountain, village that its roots are lost in the mists of time. Like many other villages in the mountains of Crete, the Mountain was succeeded by the phase of abandonment with this reconstruction, something made clear by a ride inside.

The current population is 101 inhabitants (census 2011), 217 inhabitants (census of 1583). Modern reformation of housing and the pedestrianisation coexist alongside the earthen streets and abandoned shanty, souvenirs of a bygone era anymore. As it becomes obvious and by its name, the Mountain, is built on a high altitude of slopes of Mount Thryptis. This is the most ... mountainous, inhabited settlement of Municipal Unity Ierapetra, overlooking the Libyan Sea than the 620 m altitude.

The geographical position and the impressive natural scenery of the mountain have turned into a magnet for all sorts of nature lovers. The top of the mountain of Thriptis (which is part of the European route E4 mountaineering, accessible by road from the Mountain) is a challenge and a place of religious piety (Church of afentis Christos at tallest point) while descending from the village toward the beaches of Koutsouras crossing the Gorge of Red Butterflies. Unfortunately, the population of these endemic insects declined dramatically after a great fire, but did not disappear, and so mainly in the spring visitors can see them popping up through the dense vegetation and the running waters of the Gorge.
Inside the Gorge is the famed Church of the Transfiguration, built the post Byzantine period (961-1204 a.d), with striking frescoes that have survived in good condition. The Mountain is found and other notable temples like that of afentis Christos inside the village and Agios Dimitrios in the South, also very old temple which is also frescoed.
The Mountain is said to hold the roots and our national poet, Dionysios Solomos. This is the conclusion we have reached several scholars with primary evidence a name ' solwmika ' and the remnants of a Tower located there which considered that lingered the renowned family of Solomos before the conquest of Crete by the Turks force them to leave for the island.
Andrianos and Kalyvitis are the two abandoned communities that are going down the sides from the mountain, while the seafront, next to the Black Kolimbos, lies and sparsely populated community of Agios Panteleimonas (118 inhabitants, 2011) in which there are several tourist facilities and beautiful beach.